Taking advantage yet again of China’s fantastic rail network, I caught a train from Xi’An to Shanghai. This train was more expensive than others I’ve taken (500 CNY) but landed me in the Chinese ex-pat hotspot at a suitable time in the morning, saving me a night’s accommodation and leaving me the rest of the day to explore the city.

My first impression was that there’s a lot of money here; everything from the expensive cars cruising around, to the immaculate buildings, wide variety of imported food and people dressed as if they were headed for a trot down the runway. 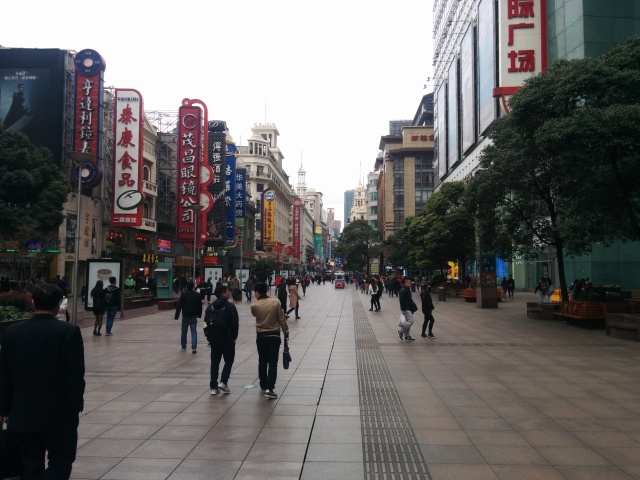 One of the things any visitor does when passing through Shanghai is to wander down Nanjing Road Walking Street and check out the skyline of the financial district across the river. The place lights up like the disco’s your Mum used to frequent back in the day when she was fit. 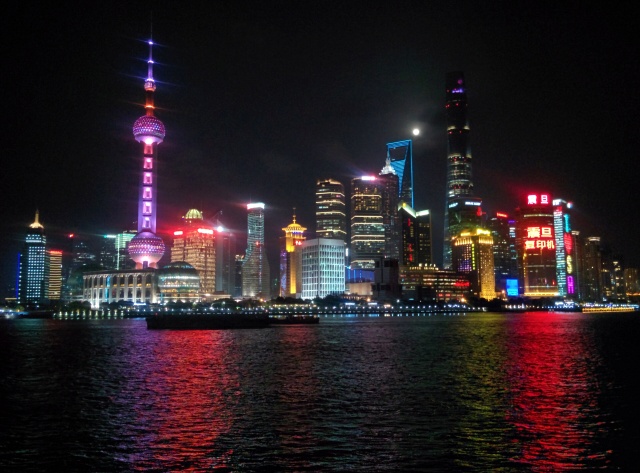 (Apologies for the terrible photo!)

Would everyone just take a second here to appreciate this mammoth M&M’s store? 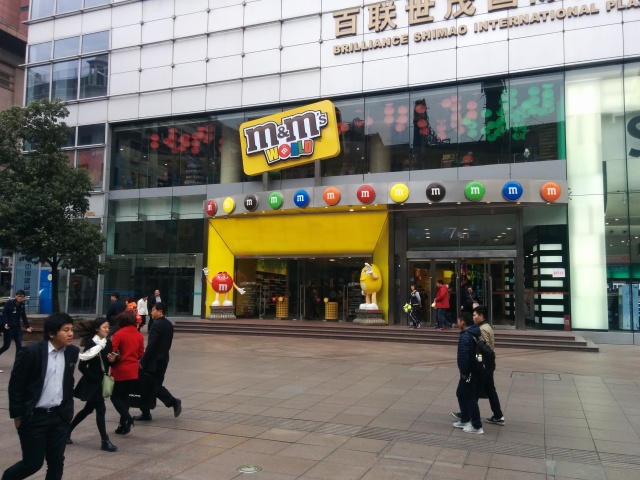 I met a chap named Stephen from Chicago one night at a Wonton joint, who was here on a stopover. We ended up seeing if we could get up the INSERT hotel, which had a revolving restaurant up the top. It was a good way to see the city on the west side of the river without paying a cent to head up the bottle opener. 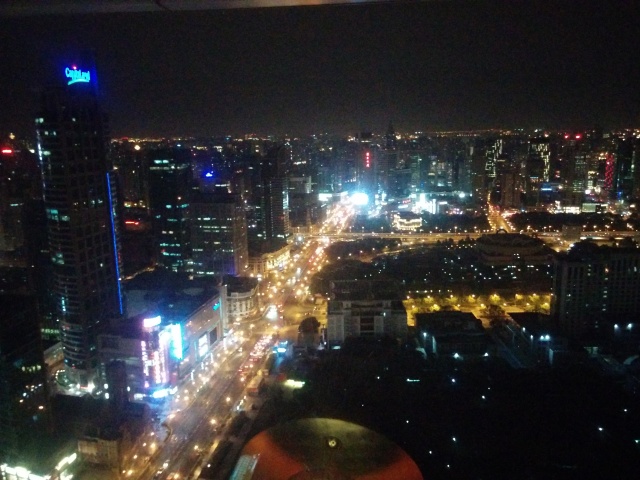 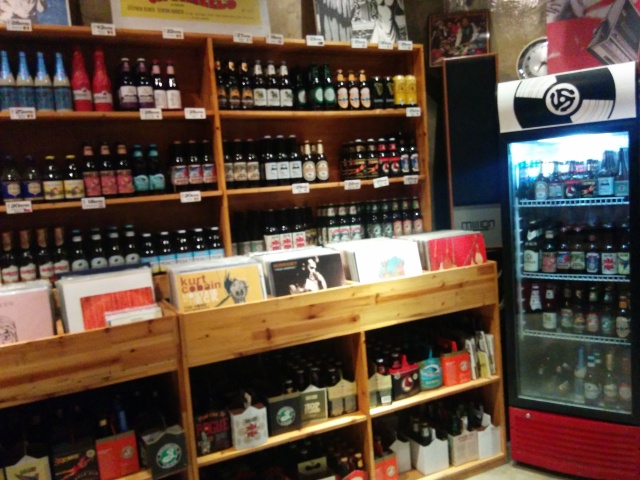 The thing about a place like Shanghai is that it affords the opportunity to grab a taste of what you miss about home, with far more options for food, drink and entertainment than the smaller cities or less ex-pat filled countries. I stumbled across this little record shop, which sold a great selection of craft beers to boot. Good times.

Down the road from the record store was a club named The Shelter, which is a sweet little joint created in an old bunker. Cool place!

I took the metro under the river to the Financial District, a huge complex of skyscrapers including the INSERT tower, the INSERT and the Bottle Opener. I wanted to head up the Opener but couldn’t justify the price. This subway gets super busy. People are literally jumping on top of each other to get inside.

One day I took a walk around the People’s Square, and came across a load of people sitting around with sign-bearing umbrellas. I asked around and managed to gether they’re all from out of town, advertising their sons and daughters and trying to match them up with ideal candidates.

The organ hunt is real. 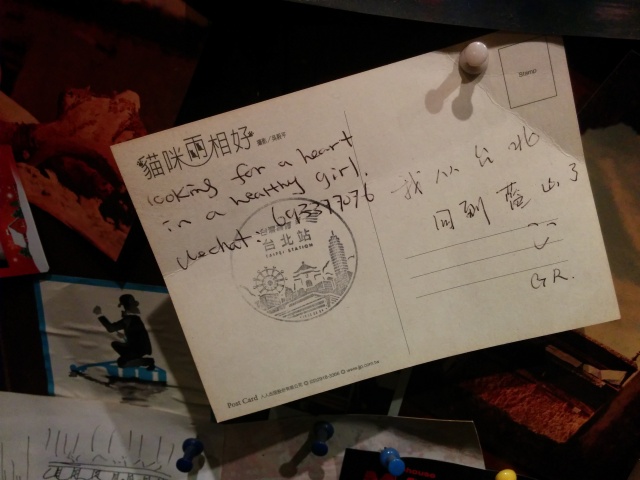 I took a day trip via a one hour train to a small city outside of Shangers named Suzhou. It’s touted as the ‘Venice’ of the district. It was enjoyable for a day trip, if a little disappointing after the hype that it’s given. It does have a pretty cool museum on Chinese dynasty history which is free to enter. 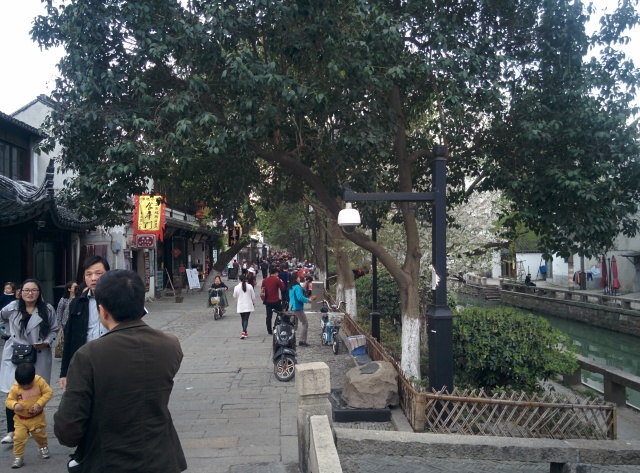 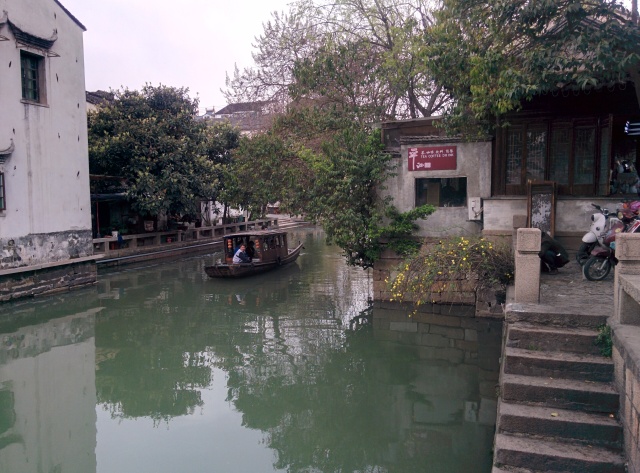 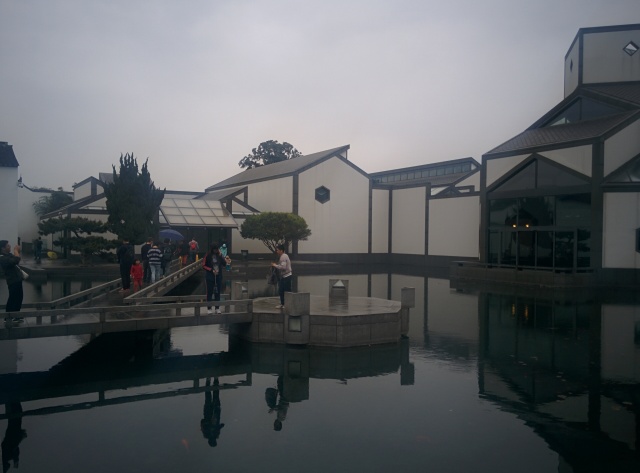 I’ve got to say I did enjoy Shanghai, but not as much as I thought I would. It is a huge city, with a lot of ex-pats, foreigners and opportunity. As far as backpacking goes, it’s considerably more expensive than a lot of other places, and doesn’t have a lot in the way of sights other than buildings, which we’ve all seen before. There is a lot to do, for sure, but if I had, say, only a couple of weeks in China I’d much prefer to stick to the smaller cities and sights.