I’d be lying if I said I wasn’t looking forward to getting to Beijing. Although being a big, busy city, it sounded like it had a lot to offer and by all reports sounded like it was a great place. I’d spent a month, give or take, travelling through China, and although the smaller, more remote areas of the mainland have a lot to offer, I was looking forward to checking out the capital for myself. The Great Wall (see my separate post), Forbidden City, Summer Palace, Tienanmen Square, Peking Duck… there were many things on my list. It would also signify my last stop before my trip to the DPRK, which made it even more exciting!

Another bullet train (costing 553 CNY) sped me up north from Shanghai in a little over 5 hours. They display the current speed on a screen in each carriage which is quite cool. Upon arrival in Beijing I was greeted by an unusually clear day, something I was not expecting! 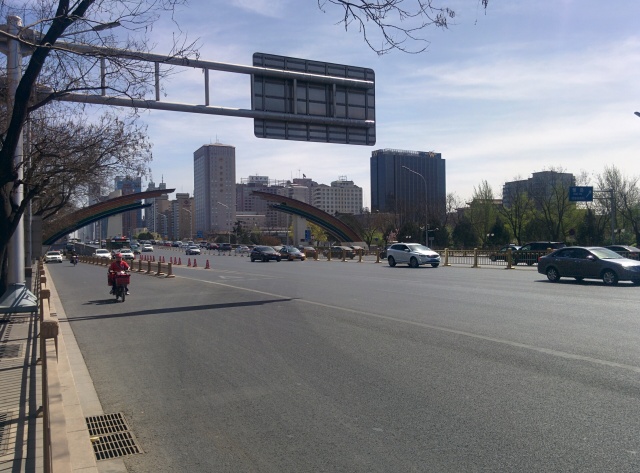 I had around a week in Beijing before I commenced my tour to the DPRK. After heading to the Mongolian embassy to grab my visa, and also collecting my train ticket for my first leg of the Trans Siberian, one of the first things I went to see in Beijing was the Forbidden City. It took a heated argument with a rickshaw driver before I finally got around to the correct entry gate (FYI, you can only get in from the south side).

I took around 2 hours to walk around the place and out the other side. I’ve got to be honest, this type of attraction isn’t really my thing. It’s crowded with people, a little boring and repetitive yet still very impressive and definitely a must-see. I probably should have bought the audio guide so I could have gained a little more information about the place.

That night a few of us from the hostel I was staying at (Sunrise International Hostel – tidy place if not a little quiet) went out for what was my first duck experience in Beijing. It was definitely not going to be my last…! 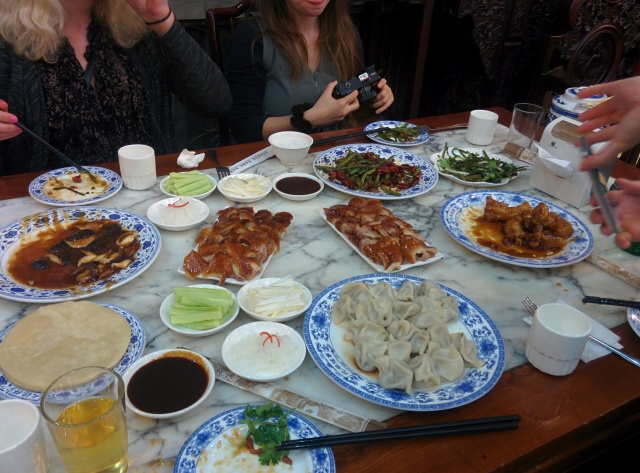 The next day I headed out on an overnight trip to The Great Wall. I’ve done a whole other post on this trip, see here: My Overnight Stay At The Great Wall 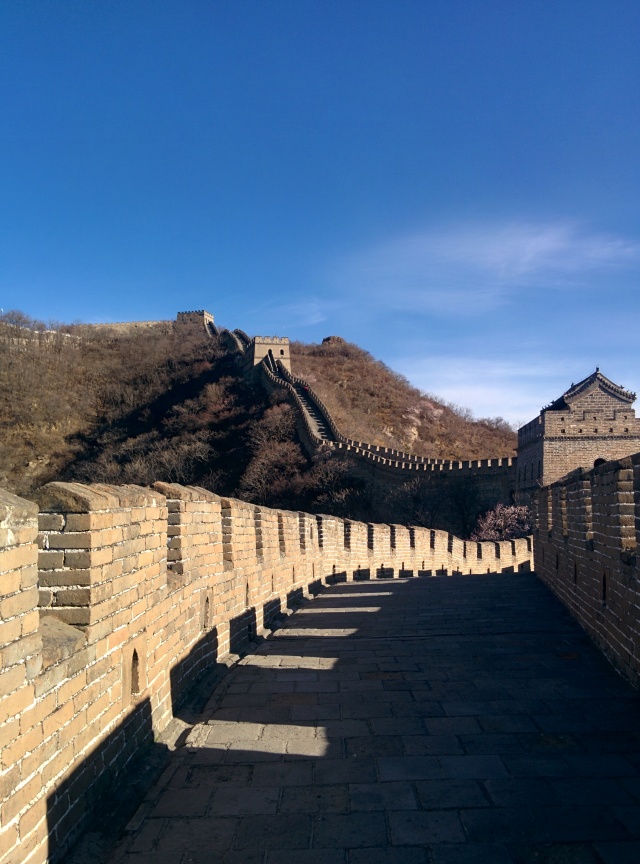 I didn’t want to spend my whole time in Beijing in one Hostel, and hadn’t managed to secure a Couch-surfing host so I migrated south of Tienanmen Square to Leo Hostel. Leo is situated in the middle of a busy walking street and was a lot more lively. I chilled out here for a couple of days, did a bit of shopping, a lot of dumpling consuming and drank a fair amount of beer with fellow backpackers from all around the world.

The buses in Beijing are probably the most crammed out of all the buses I’ve been on so far. People literally sit on top of each other. This dude’s job is to eye over the mosh pit and yell at people. It’s rather entertaining.

I took a walk around the ‘Hutongs,’ a set of streets which are home to various shops, drink stores, barbers and bars. They’re busy as hell and somewhat expensive compared to your average Beijing store, but if you’re looking for items or food of superior quality compared to the Chinese standard, the Hutongs could be a good bet.

These seem to be quite popular. Myself, I enjoy eating substance along with my batter. 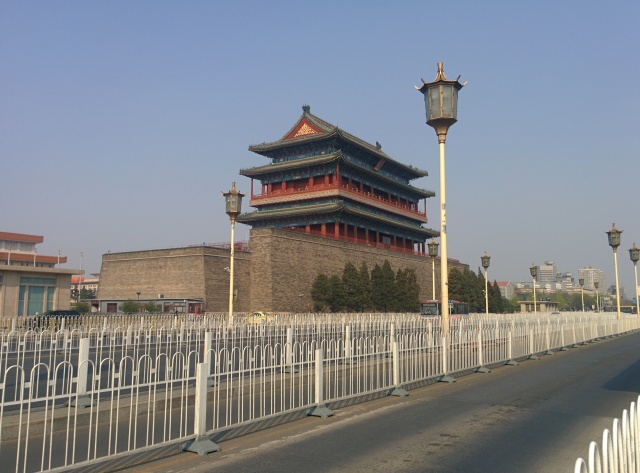 Structures like this are one of the things that give Beijing a definite edge over Shanghai in the personality aspect. 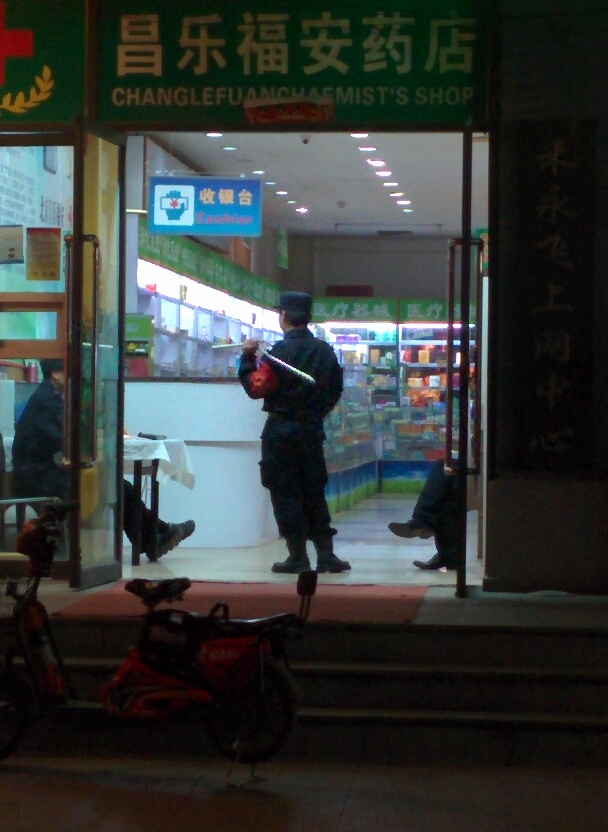 China, where the security guard at your local pharmacy stands in the doorway and swings around his nun-chucks.

I took a walk around Tienanmen Square on what turned out to be a pretty typical smoggy day.

Near Tienanmen Square is road which is known as ‘Food Street.’ This is where you’ll find a variety of weird shit to eat, usually on sticks and usually deep fried. I tried the scorpions and the starfish. Both of them didn’t taste like much at all to be honest, they fry the living hell out of them to the point where it feels you’re eating 2 year old bread covered in seasoning.

I went out for dinner to Quanjude Duck Restaurant with a few of the people who were part of the same tour as me heading to North Korea. Quanjude is supposedly quite famous, but unfortunately our experience didn’t really live up to expectations. Oh well, next time…

Something else on my list of things to see was Summer Palace. This place costs 30 CNY to enter and you can easily spend half a day to a whole day walking around the place, checking out the gardens and the scenery. Unfortunately you have to pay extra to enter certain parts but you don’t have to, there’s loads to see with the standard ticket.

To top off my visit to Beijing, a few of us went to another Peking Duck joint. This time we visited Jing Zun. I’d definitely recommend heading here as opposed to Quanjude. It was far cheaper, much tastier and the chef came and cut the duck up at our table as is traditionally intended.

Between 8 people, two ducks, several side dishes and beers the total bill came to 70CNY each. Bargain!

My Beijing visit was actually split into two parts. In the middle I visited North Korea, which was an unforgettable, unique experience. I’m going to do a separate post or two on that leg, which should hopefully be up in a few days. 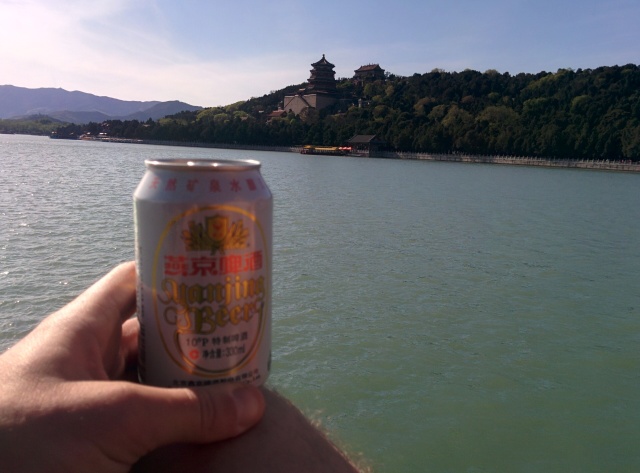