After spending a couple of weeks exploring the Mongolian sparseness it was finally time to embark on the next leg of the Trans-Siberian train to Russia! This I was looking forward to!

I booked a ticket at the station in Ulaanbaatar. On the Trans-Siberian line there are a number of different trains you can take, each with different journey times and accompanying prices. I chose the cheaper local train, which would take 35 hours, as opposed to the 24 hour train which I would have to wait another 4 days for. 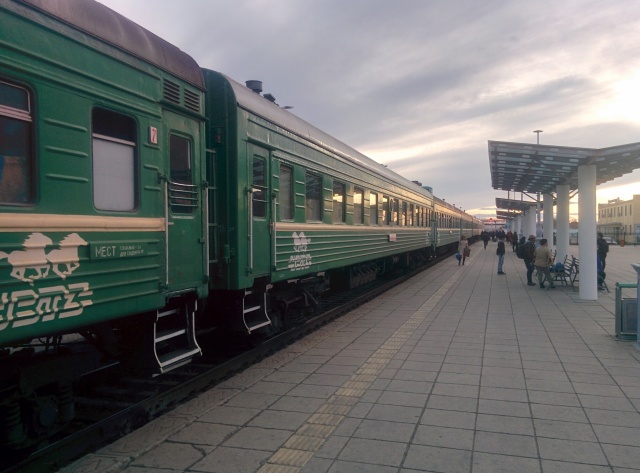 We left at 8.45pm. I was in a carriage with dozens of other foreigners who were part of a tour appropriately called ‘The Vodka Train.’ Shortly after departing, one of the Russian officials popped his head in to our compartment and spied the couple of bottles of Mongolian vodka I had stocked for the ride, and said, “No Drink.” What the fuck?

Ten minutes later he pulled me down to the end compartment and told me if I purchased a souvenir we could drink vodka, no problem. I didn’t want his shitty pocket knife and I was pretty sure this was a hoax (although I have since been told that contrary to popular belief the Russians don’t actually approve of it) , so I returned to my cabin to deliberate with my fellow travellers. We decided to counter with a small bribe when he popped his head in again, which he took, before returning with a bottle of orange juice, a twix bar and some gum. “Yes drink!” Ha!

At around 4.40am our carriage was disconnected from the others near the border and sat by itself for several hours before being reconnected to another locomotive to cross the border. The customs process is the most intense I’ve been through aside from North Korea. They check your temperature, check all your entry stamps, scan your passport with a special reader, search the cabin and bring dogs on to the train to have a sniff around. One of the girls that was there was arriving around a few hours early according her visa and was pulled into a room for a couple of hours for interrogation and a mound of paperwork. A couple of other tourists had a GoPro taped to the window so they could take a time lapse of the journey. The officials spotted it, grabbed the camera and deleted the footage before returning it with a stern warning. Once that was done we were allowed to get off the train and walk around in the little border town for a couple of hours before we continued on through to Irkutsk, at which point I got off the train around 7am the next day with one hell of a hangover.

Electing to pass on the offer of a 3 minute taxi for 1,000 Rubles, I took the train for 25 Rubles and checked in to my hostel, where I also had to pay a bit extra to have my visa registration completed for me. This is an outstanding regulation which has eased up somewhat since the stricter Soviet days a few years ago but is still a necessity. You need to register within 7 days of arriving at a new city, although to my understanding is if you’re staying less than 7 days in one place you don’t. You do need some piece of paper to supply when leaving the country so it needs to be done at least once. I guess we’ll find out when I go to leave to Ukraine…

I had received an offer from a girl named Elena on couchsurfing to show me around the city which was super cool. I met up with her and some of her friends and we walked around the city. It turns out I’d actually arrived on one of the most important days of the year, the Russian Victory Day. It’s a national holiday and invokes a lot of celebration, partying, performances and military demonstrations. Unfortunately I missed the military parade but still saw quite a bit of the celebration going on, which included, but is not limited to, cars blasting around the city dressed up as tanks, soldiers giving the public the opportunity to break apart and reassemble assault rifles, lots of drinking, dancing, eating and random Russian men approaching you in the street to confirm you know who won the war (a word of advice, any answer other than an enthusiastic ‘Russia!’ is probably a bad idea). 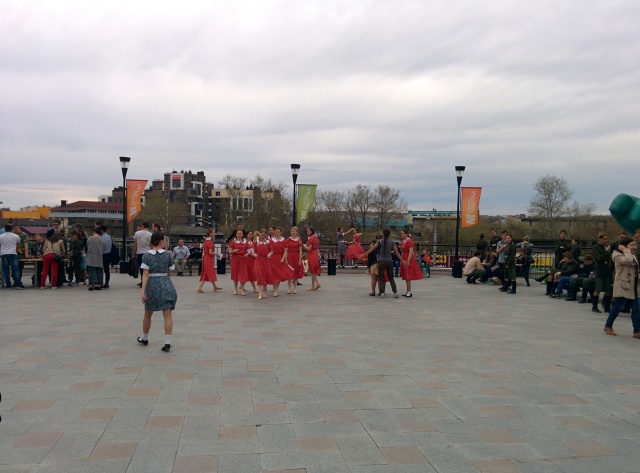 A car dressed as a tank.

A monument to Alexander III, who founded Irkutsk.

My friend Elena wearing a sweet hat that I bought.

My first impression of Russia is that most people are very friendly! The women are smoking hot, everybody dresses very well and it’s common for strangers to spark up conversations with each other in the street. Everything is cheap, especially at the moment; a bowl of tasty fettuccine cabonara set me back $3 and a Soviet hat $8. I went with Elena and another friend Jo to a high end Italian restaurant for dinner (fuck yes, pasta, a welcome change from mutton and kimchi) and the bill was a third of the price it would have been in New Zealand. 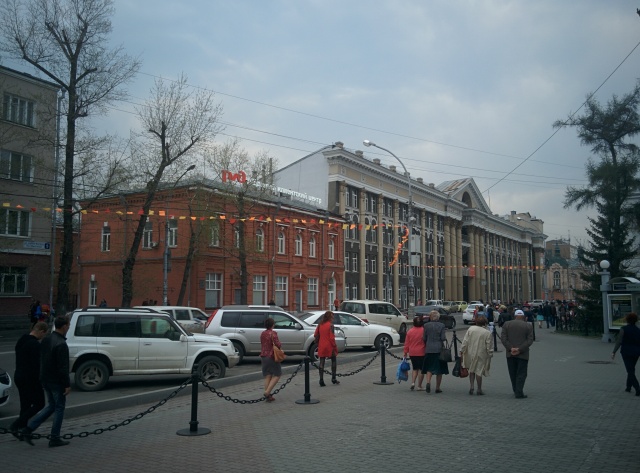 Irkutsk is actually the old capital of Siberia and rather beautiful in parts. The buildings are classic Soviet style and there are also some pretty sweet cars driving around.

Irkutsk doubles as the main transit point to Lake Baikal, the world’s largest freshwater lake and a major attraction for anyone travelling along the Trans-Siberian. There are two main locations where people visit, a town called Listvyanka which is an hour away from Irkutsk, or Olkhon Island which is 6 hours drive away but affords better views and surroundings if you can allocate the time. I opted for the latter and my hostel, The Baikaler, organised a spot in a van the next morning to go and visit the place for a couple of days. A one way trip to Olkhon Island set me back 1,000 Rubles.

When we arrived I checked into Nikita’s guest house, which is effectively a Mecca for tourists travelling to the island. It’s a huge complex with multiple bars, canteens, rooms and saunas. It’s right next to the lake which means a five minute walk will afford you some pretty sweet views. Breakfast and dinner is included and the latter always involved some fresh fish from Lake Baikal. 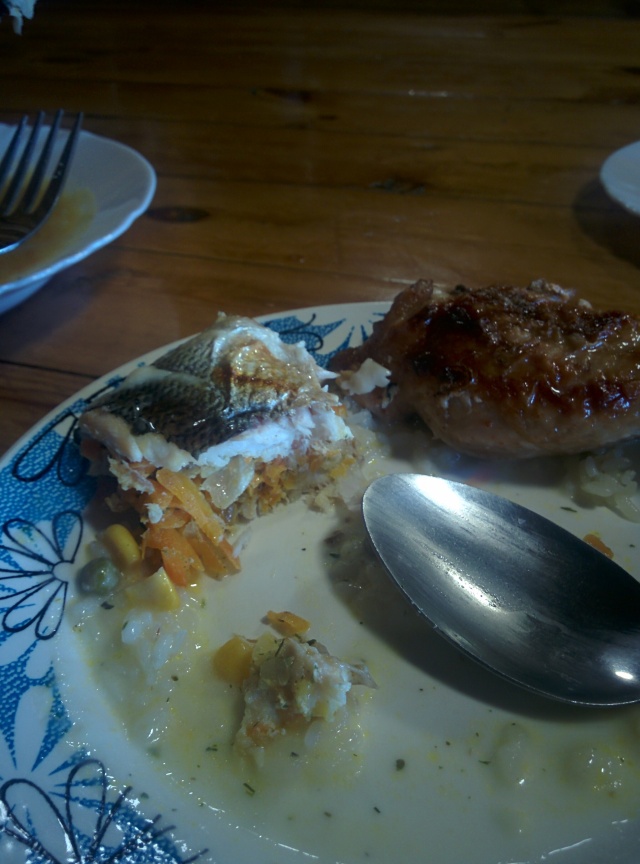 I organised to go on a four wheel drive tour of the north of the island the next day. This set me back 800 rubles, or $18 for the whole day and included lunch. It takes around 6 hours and we stopped several times to check out the views and walk around. This place is truly amazing. The ice is at the tail end of melting, and the water and nature is so calm. 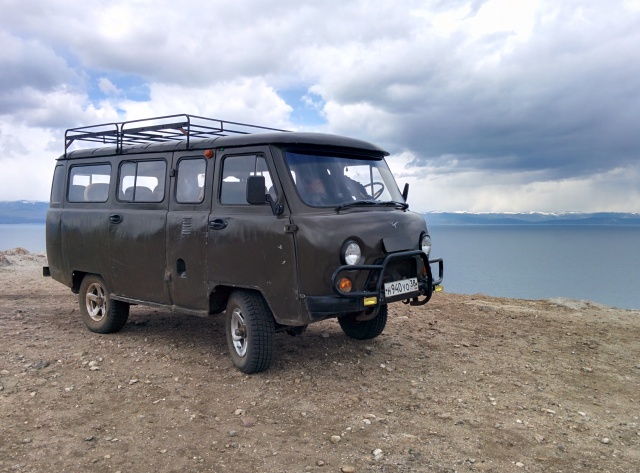 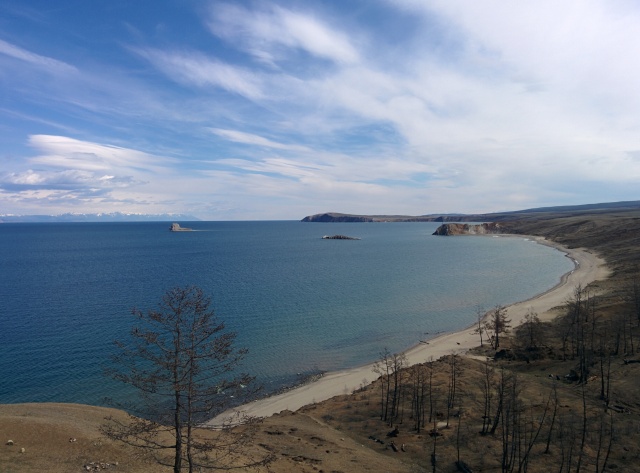 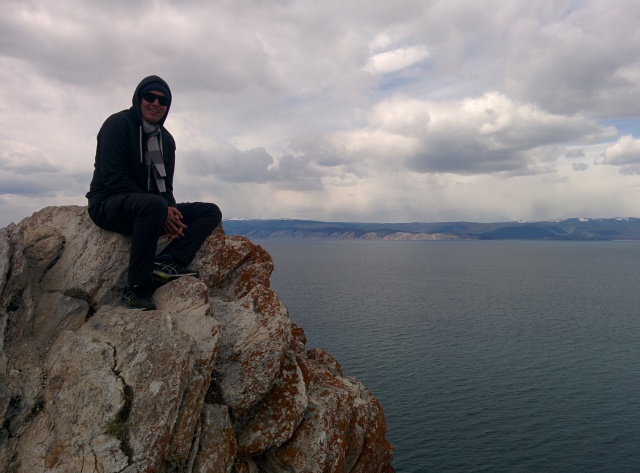 One of the places we stopped at used to be the site of a Gulag, or labour camp back in the soviet days. The old pier is still there in pieces.

Something in the drive-train department blew up when we were driving along. The guy whipped out the ass end of the drive-shaft, removed the rear axle and locked the front wheels in less than 15 minutes. These things are the Russian Volkswagens. 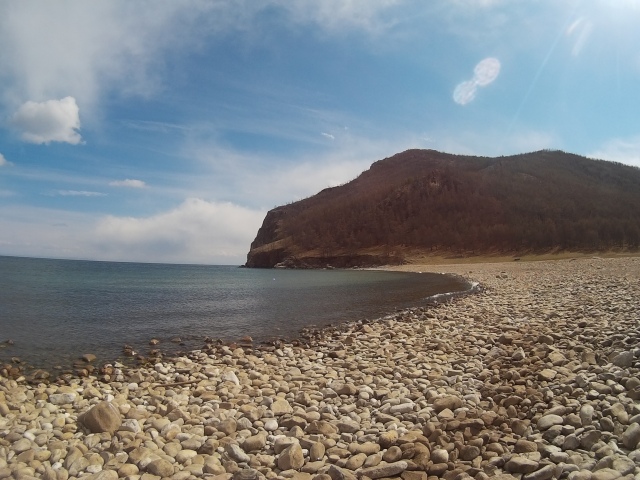 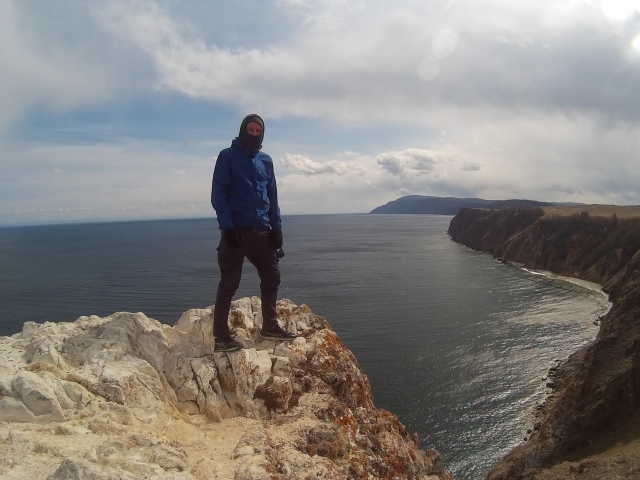 All the buildings on the island are made out of wood and many of them feature colourful roofs and doors. In a way, this place reminded me of Norway.

When we got back to the guest house I elected to take part in a Russian ‘Banya,’ which is the traditional Russian sauna. The Banya is typically large, with different bathing areas. I booked an hour session with a couple of Polish guys I met. We had a sauna room, the cool off room, and the dry room. 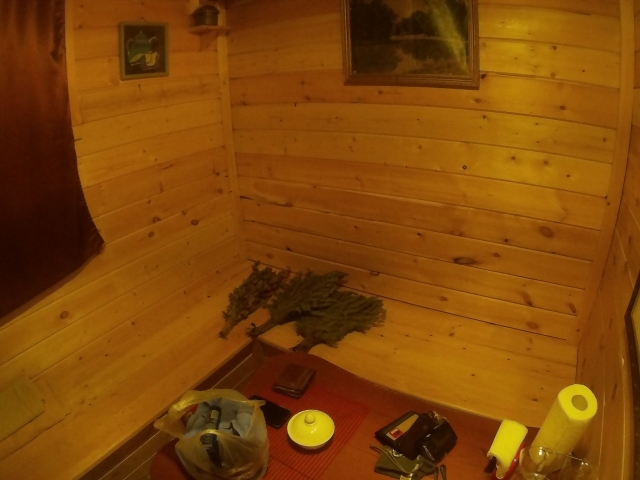 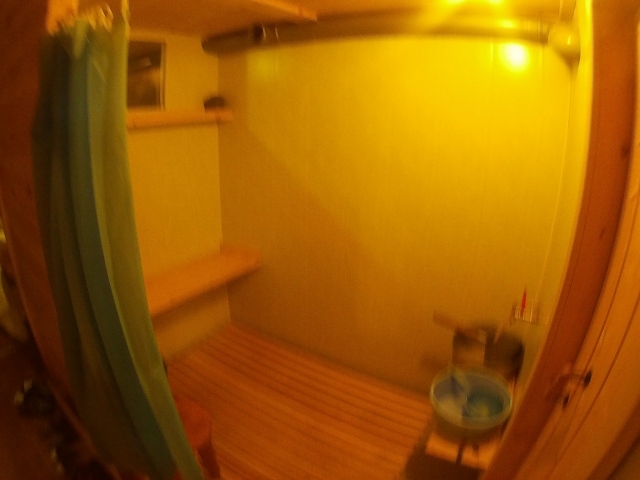 Basically what you do it go into the sauna room when it’s hot as fuck, get a sweat on and then hit yourself with branches soaked in water which is supposed to be extra good for your skin. When you can’t stand the heat any more you go outside and pour water over yourself. Traditionally the Russians would go outside and jump in the lake or roll around in the snow naked. It was a unique experience, to say the least.

The next day I caught a van back to Irkutsk and bought a ticket to my next destination along the Trans-Siberian, Novosibirsk. I’d highly recommend checking out this place if you’re in the area, it’s a must-visit if you’re travelling along this route. Thanks for reading!