Rather than heading from Poland straight to Prague as most people seem to do, I decided to pay Slovakia a visit. It’s one of those places that most people tend to skip when travelling through Europe, but I could afford the time so figured I may as well check it out. 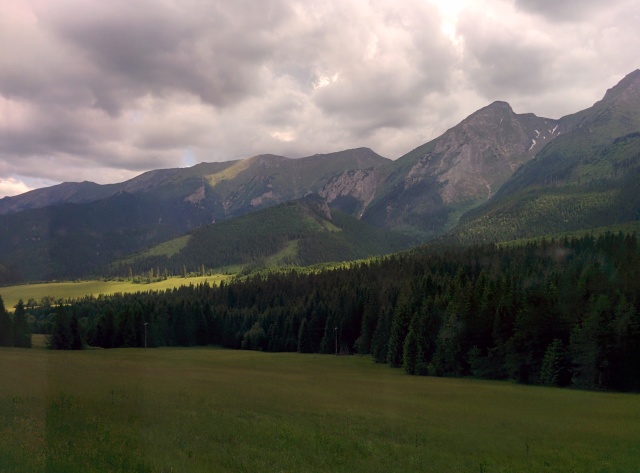 Taking the local bus over the Tatras from Poland, I was greeted by some pretty sweet scenery as we drove on to a place called Poprad. I chose to spend a night in Poprad as it was a good place from which to get to one of Slovakia’s most popular attractions, the Spis Castle.

My bag is starting to get quite colourful!

There isn’t a hell of a lot going on in Poprad, but that didn’t matter because I was only there to go and check out the castle anyway. I got up early the next day and walked to the bus station where I caught a local bus out to the town neighbouring the castle. 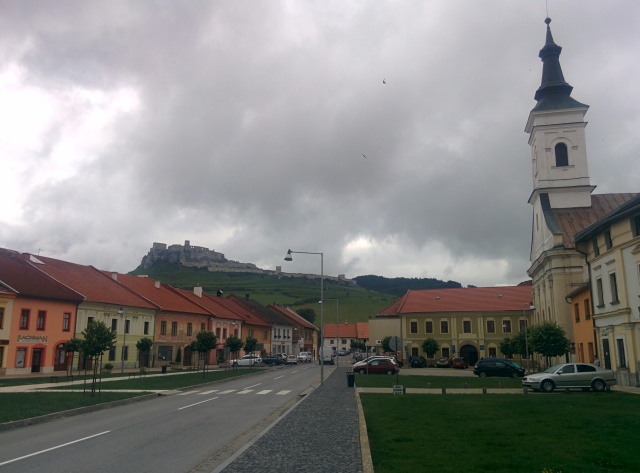 To get to the castle I just walked in its general direction and with the help of a couple of locals found a path leading up the hill. The photos don’t really do it justice; this castle is pretty damn huge. 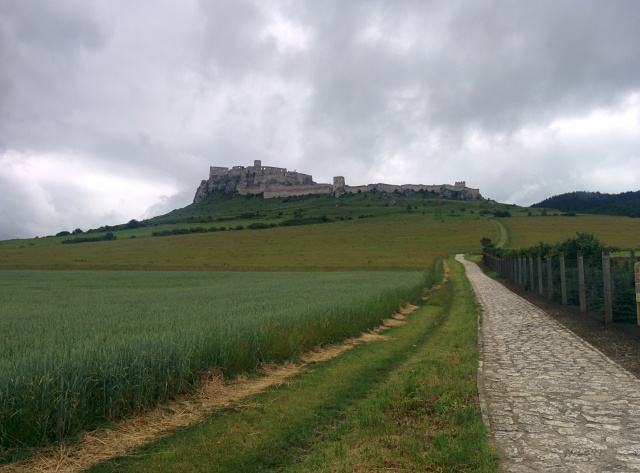 It costs a few Euros to get in to the castle, and what I thought was quite cool is they have Wifi there which you can use to download an app which is a free audio guide for the castle. You can walk around at your own pace and hit the applicable number for the part of the castle you’re in and learn loads about its history. 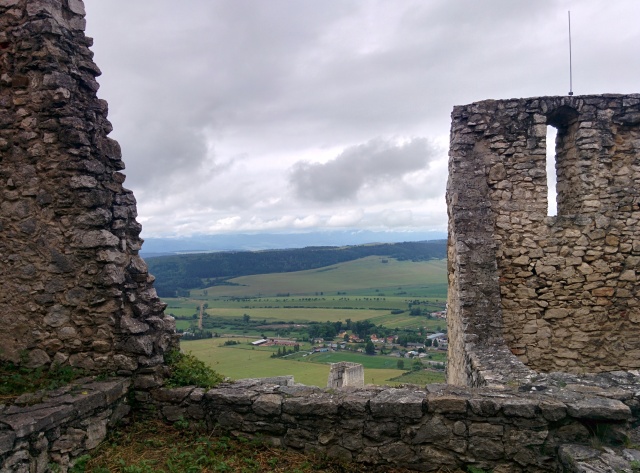 The Spis castle is one of the largest in central Europe. The views from up here were pretty sweet!

The guidelines for mealtime back in the medieval days. 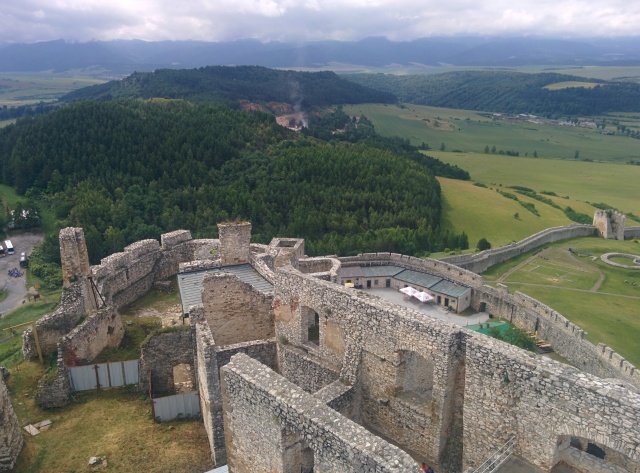 Mad squint. There were loads of flying ants up here on top of the tallest turret. Fuckers.

After visiting Spis castle in the morning, I took an afternoon express train down the country to its capital, Bratislava. Often overlooked by backpackers, Bratislava is still a pretty sweet city, with a bustling cafe scene and cool architecture. 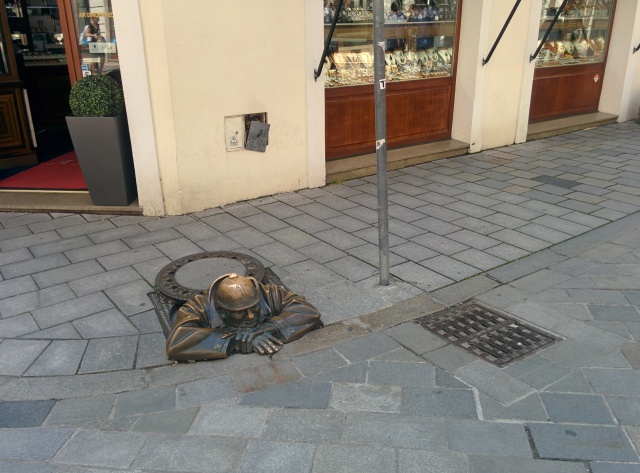 I had one of the best cold brew coffees I’ve ever tried in a cafe here. Good shit.

My good friend Dan put me in touch with his brother Gavin, who lives in Bratislava. Gavin and his wife Veronika kindly put me up in their spare room and also showed me around the suburbs of Bratislava where they live. 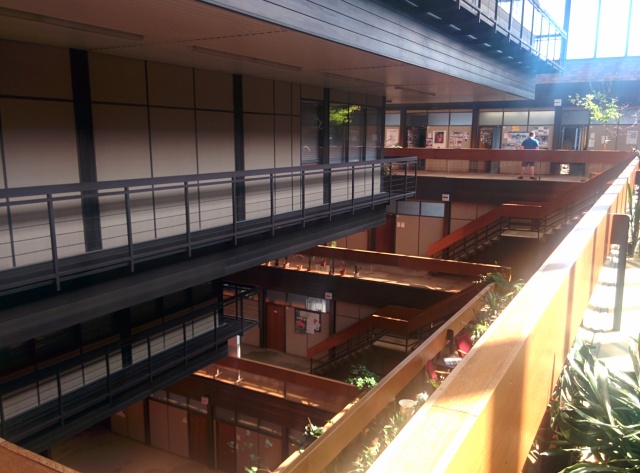 Gavin works for a Slovakian radio company, who’s offices are in a building which is an inverted pyramid constructed in the 70’s. Pretty cool stuff. Inside is a huge sound theatre which is used to record all sorts, including the music for the movie ‘Avatar.’

Gavin also conducted a short interview on my travels for Slovakian Radio, which can be found here.

Gavin and Veronika took me to the friendship bridge, the walking bridge that connects Slovakia to Austria. In the photo below, the river is the border, with Slovakia on the left and Austria on the right.

Back in the soviet days when the bridge wasn’t here and people tried to escape the country, many died trying to leave. There is a bit of the old barbed wire fence that bordered the military zone, and monuments dotted around the place as a tribute to those that died. 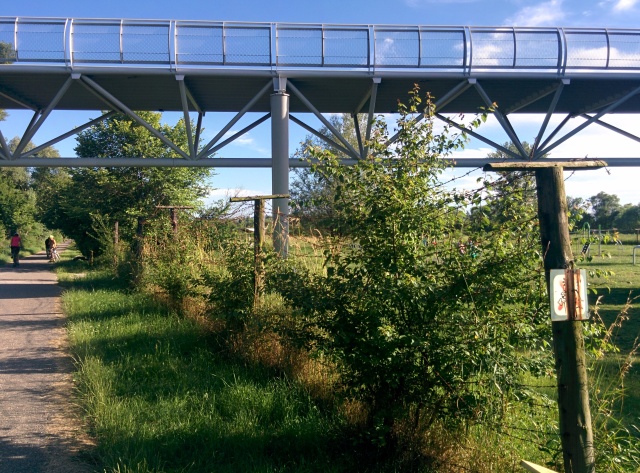 There are a couple of bars around the place which are frequented by Austrians as it’s considerably cheaper in Slovakia. I find it quite funny eh.. “Oh yeah, just heading to Slovakia for a beer mate.” 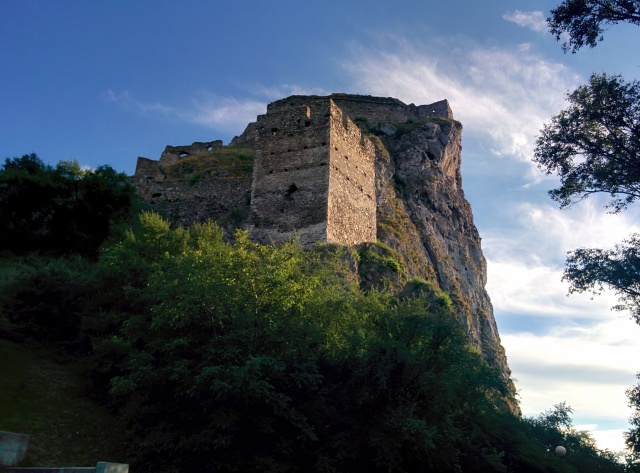 I didn’t spend much time in Slovakia as I really wanted to get to the Czech Republic, which had a lot more that I wanted to see. It was good to see Slovakia, though; the country boasts some beautiful scenery and the food is pretty damn good, especially considering the price of everything. Definitely worth a visit! Thanks again to Gavin and Veronika for their hospitality and kindness, although I don’t miss your violent Slovakian mosquitoes.